I’m not a great one for reading books on economics. But this one is by our good friend George Lakey, social change agitator, Quaker, author and trainer. He co-founded Training for Change, the Philadelphia-based training collective that Turning the Tide has learned a lot from, and he’s written seminal books on training and group facilitation.

Why is George Lakey writing a book on economics? Because many in his country, the United States, are hurt, angry, distressed about obscene inequality, poverty, discrimination and hate towards minorities, disregard for the earth, addiction to violence and war, and corruption of a political system that serves economic and political elites and not the people. And because the people are fed up with being told there is no alternative. George works with grassroots movements who are creating that alternative.

And because he lived and worked in Norway in the 1950s. He has been intrigued since that time how that country came from a situation of poverty and underdevelopment to one of the most equal and flourishing societies in the world. All within 50 years. He also observed that, whilst the most unequal nations like the US and UK still struggle to recover from the 2008 global financial crash, the Nordic countries Norway, Sweden, Denmark and Iceland have managed much better.

These are countries that, for the most part, have resisted the neo-liberal economic fundamentalism that took so many others prisoner. Whenever the Nordics have succumbed, they’ve soon regretted it and taken effective measures to counter the damage.

For example, banks in Iceland grew massively after the election of a centre-right coalition in 1995, which promptly deregulated the financial sector. The banks used money they didn’t have to invest in companies and projects overseas, particularly in the UK, and created a massive real estate bubble. After an initial boom, which raised Iceland to the 5th richest country in the world, and attracted enthusiastic plaudits from the neo-liberal elite, the banks crashed the economy, causing unemployment and inflation to shoot up and the currency to collapse. The government had cut taxes so low, they could see no way out. Small protests were held outside the parliament building late in 2008 and through the cold January of 2009. The protests became bigger, till more than 10,000 people (3% of the population!) gathered outside the government buildings in the freezing winter demanding the government resign. It did! What helped was their singing and chanting preventing MPs hearing one another, bringing parliamentary work to a halt. A new left of centre government was formed, which threw out the neo-liberal textbook, as Norway and Sweden had done previously. They allowed the rogue banks to crash, put the guilty bankers in jail, ensured domestic account holders got their money back, expanded the social safety net (yes, expanded!), gave debt relief to affected homeowners and helped out businesses, and controlled the movement of capital.

Hmm, so that’s why George wrote the book – economics as if people mattered, brought about and sustained by people power. All of the Nordic countries place highest priority on their greatest natural resource – their people. Norway was doing all this well before their North Sea oil bonanza, which, by the way, they invest in a fund for when the oil runs out. They have generous social support systems in education, health, employment and childcare. They have a strong co-operative business tradition and voluntary service, and assume a consensus model for decision-making. They have small populations relative to many of their European neighbours, and high taxes which pay for all of this. All Nordic countries consistently show up in the global top 5 ratings for equality, high employment, productivity (higher than the US and UK), educational attainment, happiness, good health, low crime, promotion of international peacebuilding, contributions to international development etc.

How do they do it? That’s what George set out to discover. He suggests historic reasons for why these nations chose a different path from most others. They share some common heritage: pragmatism, courage, resistance against dominant powers, a fierce independent streak, the building of strong trade unions and co-operative movements, and a love of the earth. And a legendary adventurous nature, which is what gives the book its title. However, the common denominator is that people got together at grassroots level and organised. In Norway, society polarised between those who claimed the status quo and those who wanted something different. A small group created a vision for economic democracy. It inspired others, grew, struggled, gained allies and won power. Because the movement was nonviolent, there was no pushback from the powers they had displaced and, when they implemented their changes, a strong consensus grew.

George skips through milestones that led each of the Nordics in turn to develop their own social and economic models, in the face of contemporary wisdom and powerful opposing forces. He shows how they often learned from each other and applied it to their own contexts. The key thing that emerges, is that the model, which relies on high taxes, remains hugely popular with businesses and workers alike, because it works. Everybody sees the value, everybody gains.

Section two takes a closer look at how each of the Nordic states applies similar thinking to their particular contexts, and looks at how statistically they compare with the rest of the world economically, environmentally, socially and politically. Whilst I felt that his use of examples might be a little selective, there is no doubting the compelling general lesson. The Nordics are getting so much right that we’re getting wrong.

The third and final section deals with current challenges, particularly those of immigration and racism, and climate change. Then he turns to the challenge for the United States to see what they can learn from the Nordics.

Whilst this book is written for a US American audience, which reads differently to my Welfare-State-born-and-raised British eyes, there is a little aside that contrasts Norway with Britain, which suggests we have much to learn as well. Whilst I would have liked to know more about the detail of many of those nonviolent struggles, the purpose of this book is to show live models of a better way of organising our national economy and society. And that it can be achieved through popular struggle.

Viking Economics is a very timely book. The neo-liberal economic ideology is collapsing and people the world over are rising up, demanding change. And here we have working models of a better alternative, built by the people.

We have the tools, the knowledge, and the numbers. All we need is to generate enough popular will to make it happen here. 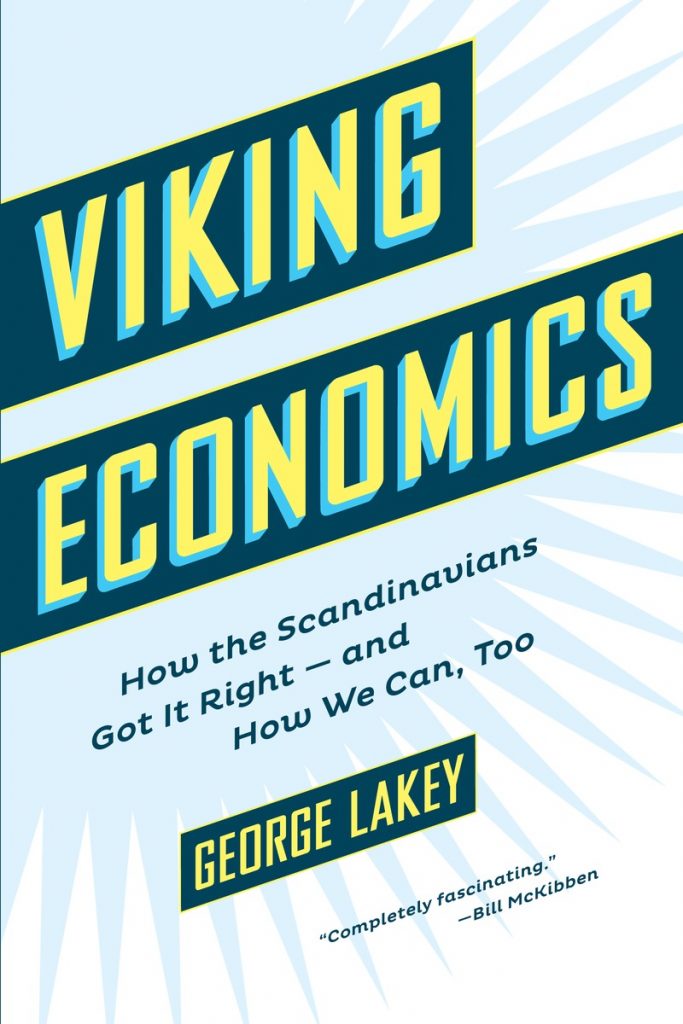