A version of this article first appeared on the Quakers in Britain blog, on 2nd July 2018.

I’ve gathered together in communities after tragic, violent events – riots, floods – before, but I’ve never experienced the strength, compassion and power of the multitude who came together one year on from the Grenfell Tower fire.

Turning the Tide staff (all two of us) travelled to participate in the silent walk on 14 June, one year on from the fire that ended 72 lives. We walked out of Latimer Road tube station into a river of children, families and friends with handmade signs wearing sashes and ribbons of emerald green. Every fence, every street railing had something to say. One sign asked why – ‘why do we the working class have to suffer once again?’ Green paper signs, marked simply with the names of each person who died, were pinned against black rails, lovingly accompanied by teddy bears. 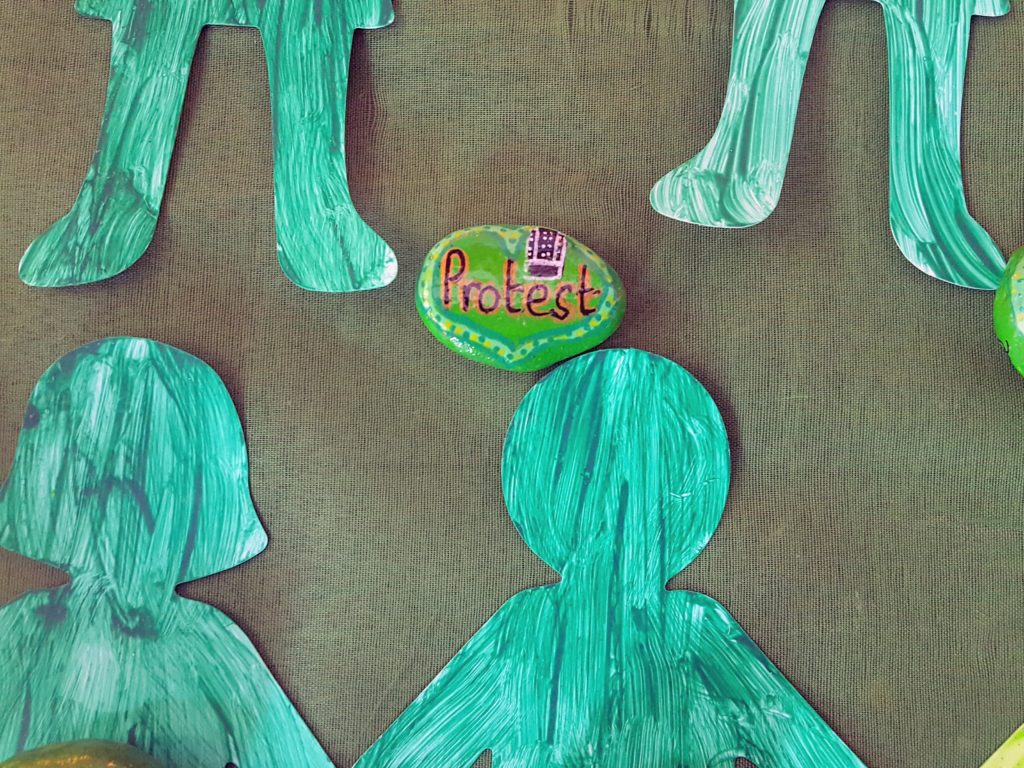 The start of the silent walk was at the Westway underpass near Grenfell Tower. Underneath, people were greeting and hugging each other. At one end of the underpass, a huge wall invited people to share their ‘firsthand accounts, facts, testimonies and statements’ under the banner ‘the truth will not be hidden’. Green candles flickered alongside pebbles painted by children. An orange and red painting on the wall shouted out ‘Convict RBKC for corporate massacre. We deserve JUSTICE!’

Another cardboard sign questioned why people were having to fight for justice. ‘What justice can you get if your family was hurt and you went through hell… but respect, dignity, priority in being helped shouldn’t be something to fight for.’ 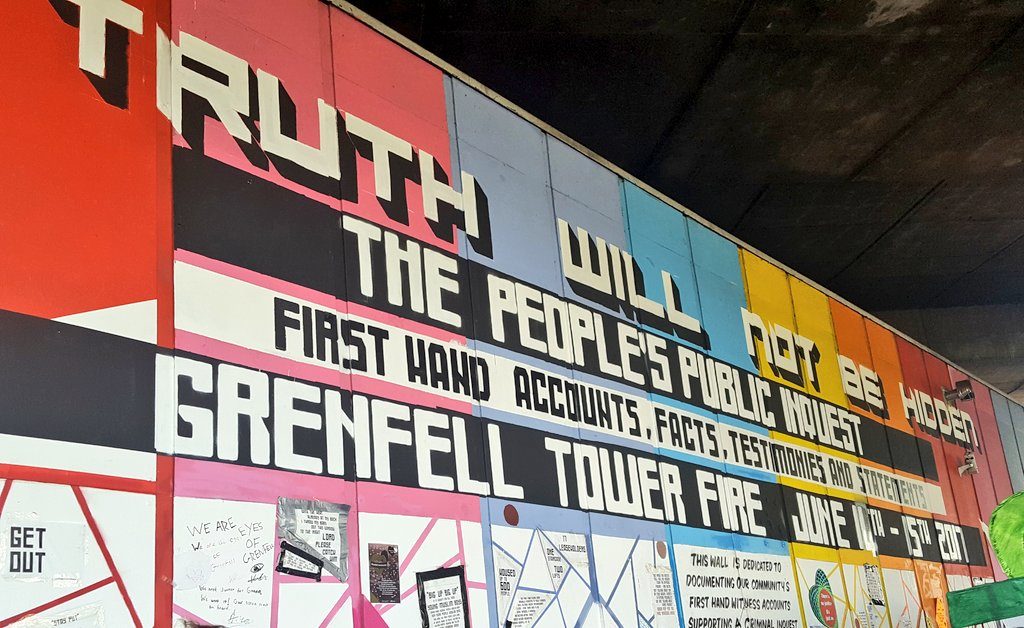 Someone was playing piano. Some gentle hushing told us that it was time for the silent walk to start. Old, young, survivors and supporters had gathered in huge numbers. As we waited, a young man in a high vis jacket asked people to hold the silence, just a couple of polite reminders was all it took.

And the silence held.

The silence held as we walked beside Grenfell Tower, now covered with white banners marked with a green heart.

The silence held as we walked past Notting Hill Methodist Church where people were giving out green sashes.

The silence held as we walked down the streets where the wealthier residents live.

The silence held as we waited round the corner from Ladbroke Grove and came to a stop. We didn’t know why the walk had come to a standstill but as we turned it became clear. The end of the walk was lined by two rows of firefighters. People were queuing, taking turns to shake hands or hug each of the firefighters, thanking them, many in tears. And through the tears and the hugs, the silence held. 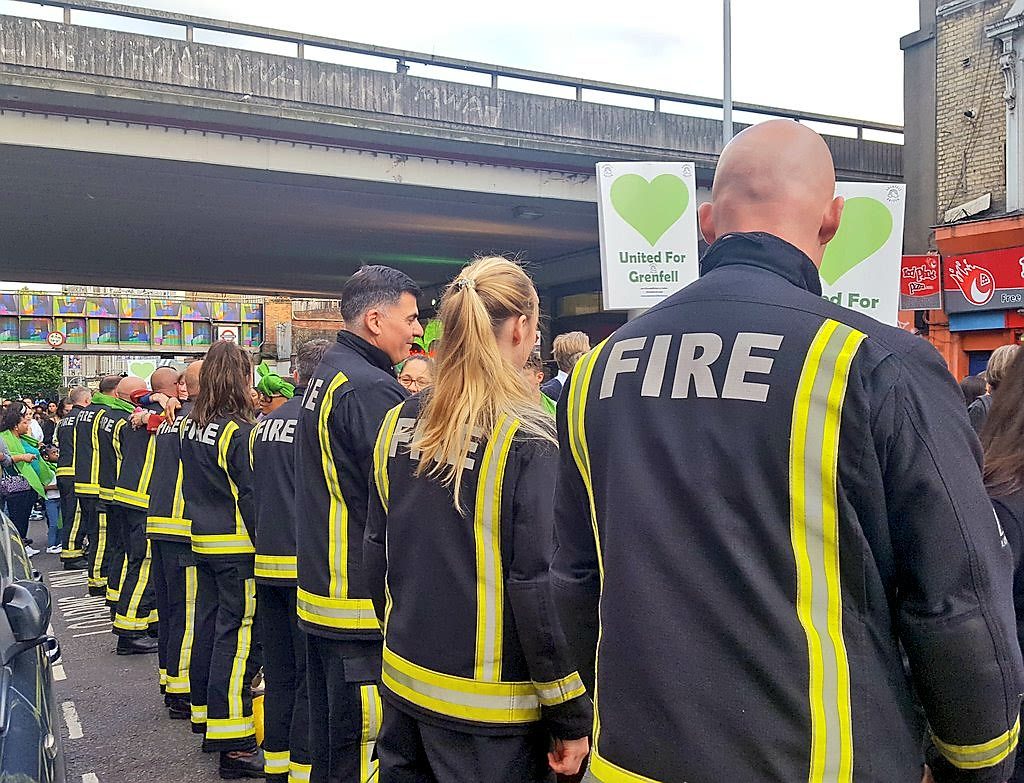 I’ve been learning lots about the collective power of silence since starting to work for Quakers. And the silence for Grenfell was held by the most incredible community supporting one another in grief, whilst searching for the three words that kept echoing in the signs people carried – love, truth, justice.

In the words of the community members who organised the silent walk:

Let them hear our silence.

Let them know we want justice.

You can learn more about the Justice 4 Grenfell campaign at justice4grenfell.org

To hear our latest stories and news of upcoming workshops, sign up for updates by email. 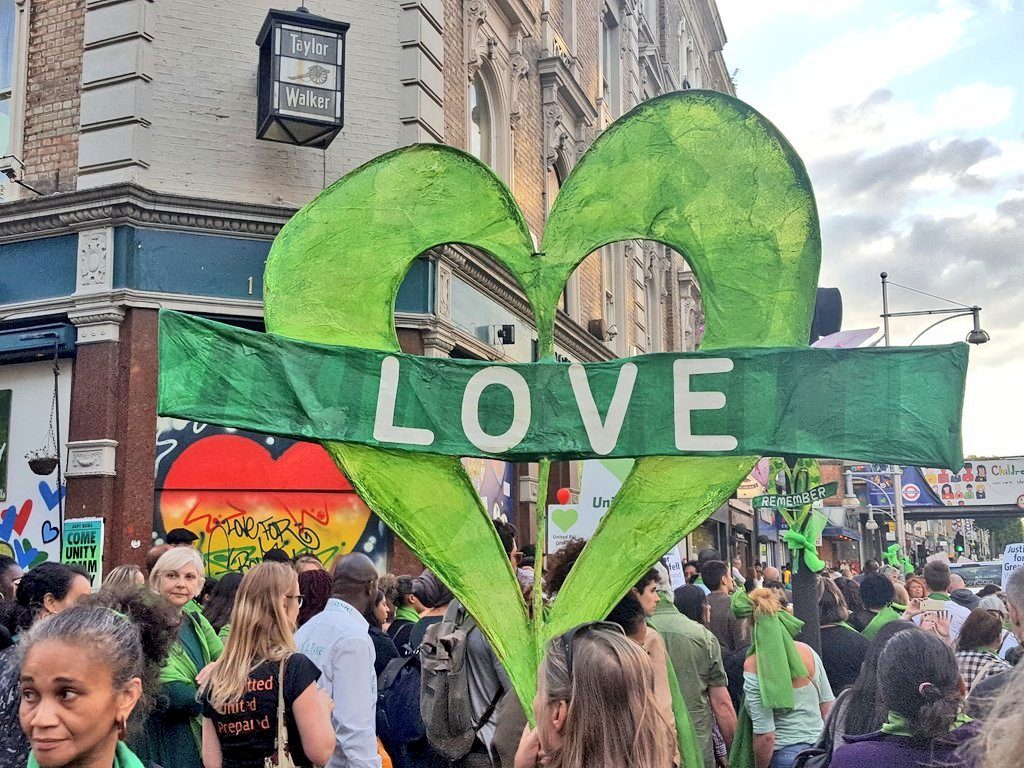